Along the way you will enjoy the spectacular views of the luxury villas of Indian Creek Island, the condominiums of Sunny Isles beach, beautiful white sandy beaches of Fort Lauderdale, Port Everglades with humongous cruise ships.

Don't forget to bring your camera! These photos are unique memories that will last for a lifetime.

Please arrive promptly 30 minutes before your activity's start time to check in.

One of the most popular tourist cities in South Florida. More than 560 hotels are located along the coast of Fort Lauderdale, which accommodates more than 10 million visitors a year. The city got its name in honor of Lieutenant Lauderdale, who led one of the three forts during the war with the Indians. The city was founded just over 100 years ago and started to develop in the early 1920s.

Hallandale was founded in the end of the 19th century. Like many other cities in Florida, it owes its appearance to Henry Flagler, founder of the railway and hotel chains, that helped Florida to receive an unprecedented popularity. Henry hired Holland Luther to find a suitable place for the organization of the settlement, somewhere along the path of the railway. Luther found such place and opened there the first retail outlet. For several decades he has been living in the settlement of only 12 families and the city was developing very slowly. Only in 1927 it was established as an urban settlement with 15,000 residents. Now Hallandale has more than 35,000 inhabitants.

Sunny Isles is known for its tall condominiums that stretch along the Northern section of Miami Beach.  Construction of the skyline only began in the early 2000s. Until then, the city was only occupied by small and inexpensive motels and inns.  Unfortunately, the Federal Aviation Administration limits the height of new construction due to the close proximity of the Opa-Locka Executive Airport.  If not for the location of the airport, these buildings would be greater in height compared to some buildings in New York City. The highest building here is Muse (198 meters high). One of the events of our tour is Indian Creek Island. It is located on The Intracoastal Waterway just south of Oleta Park. This elite island, with 41 private buildings, is home to the 8th highest average income in the United States.  Julio and Enrique Iglesias and other known executives and celebrities are known to own homes on the island, which also comes with an exclusive golf and country club membership. 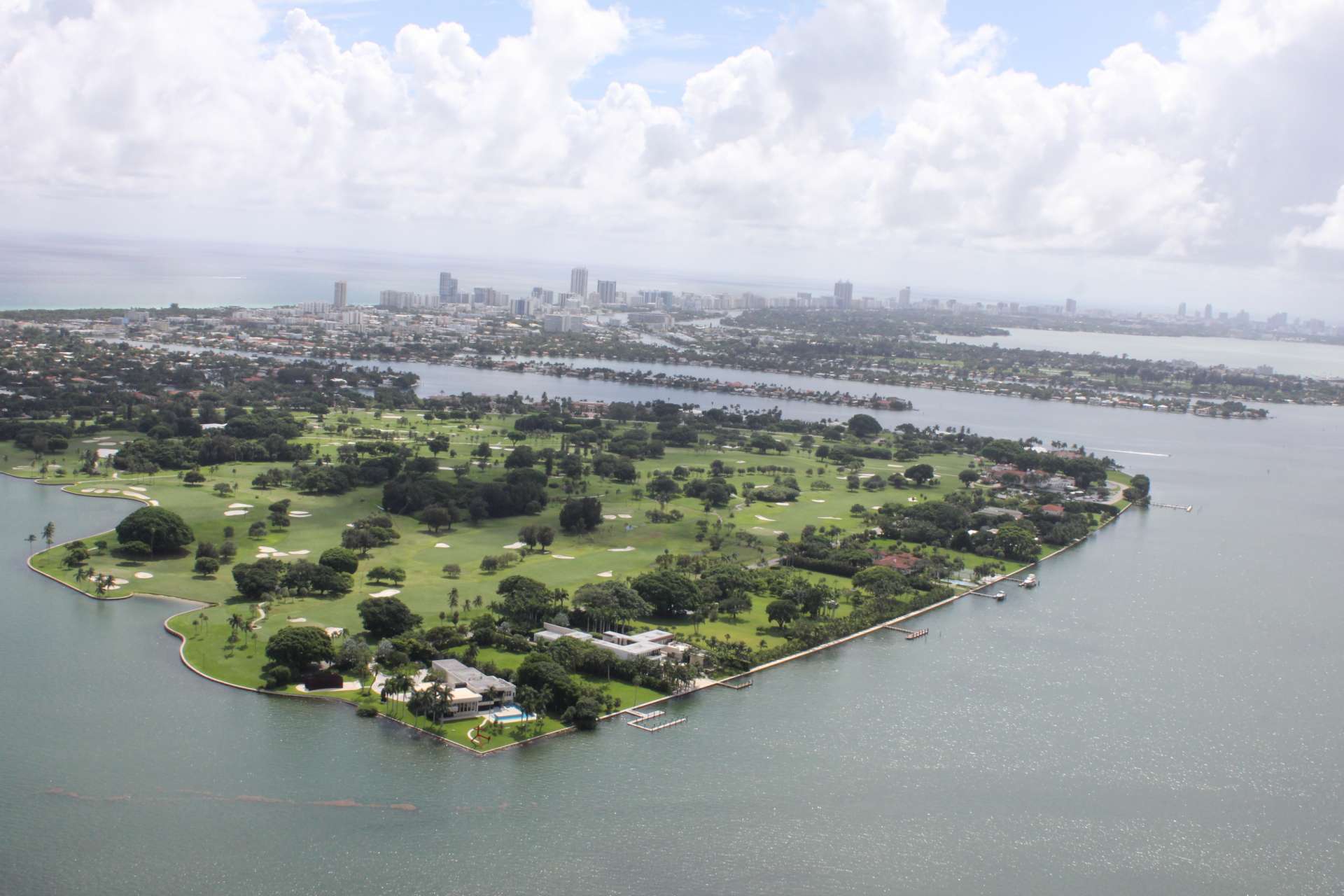 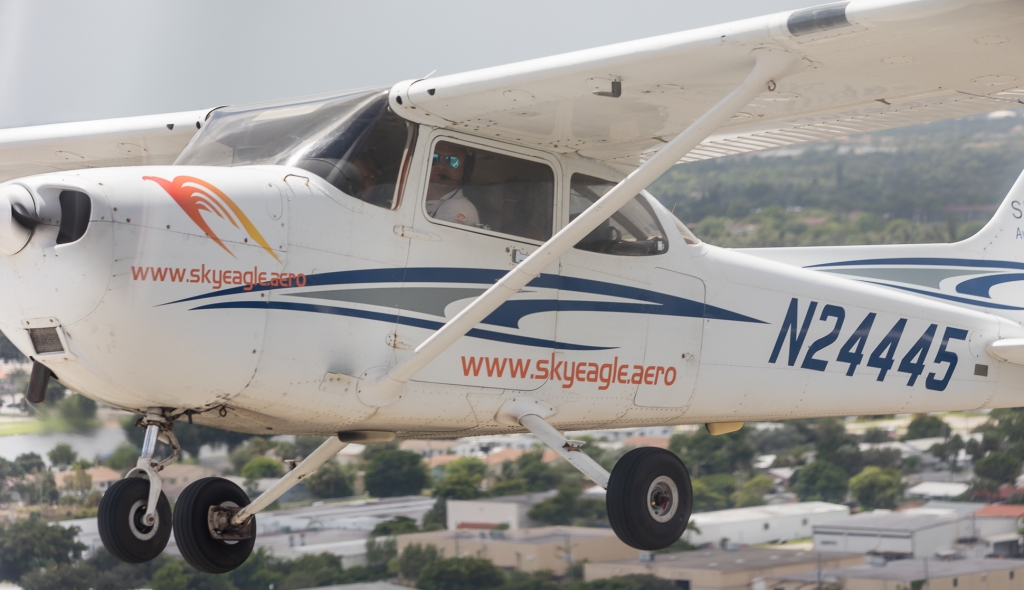 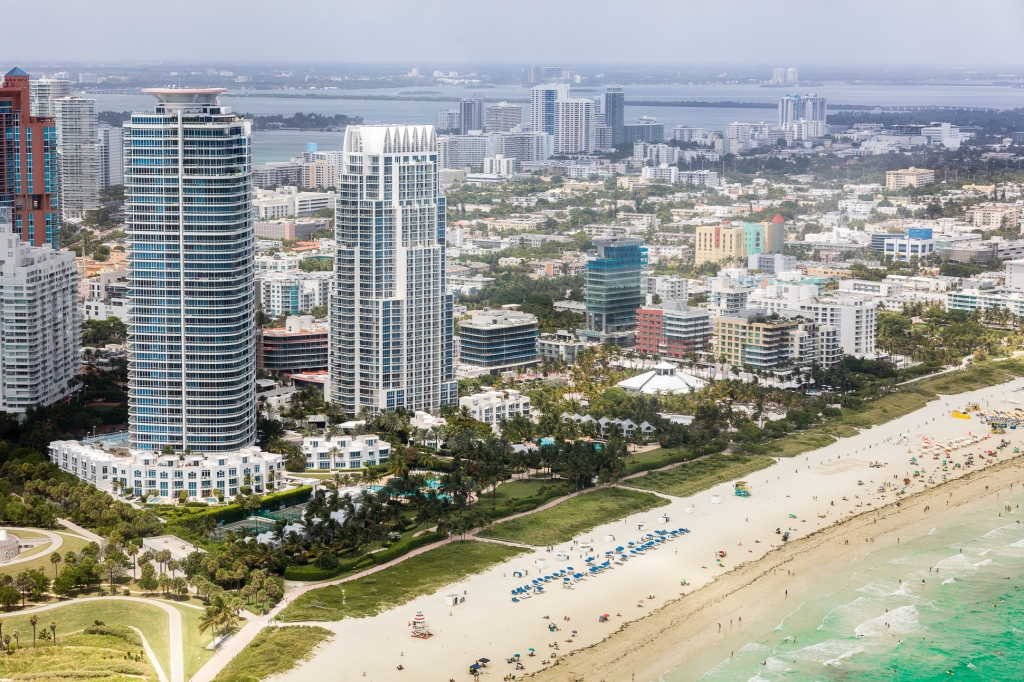 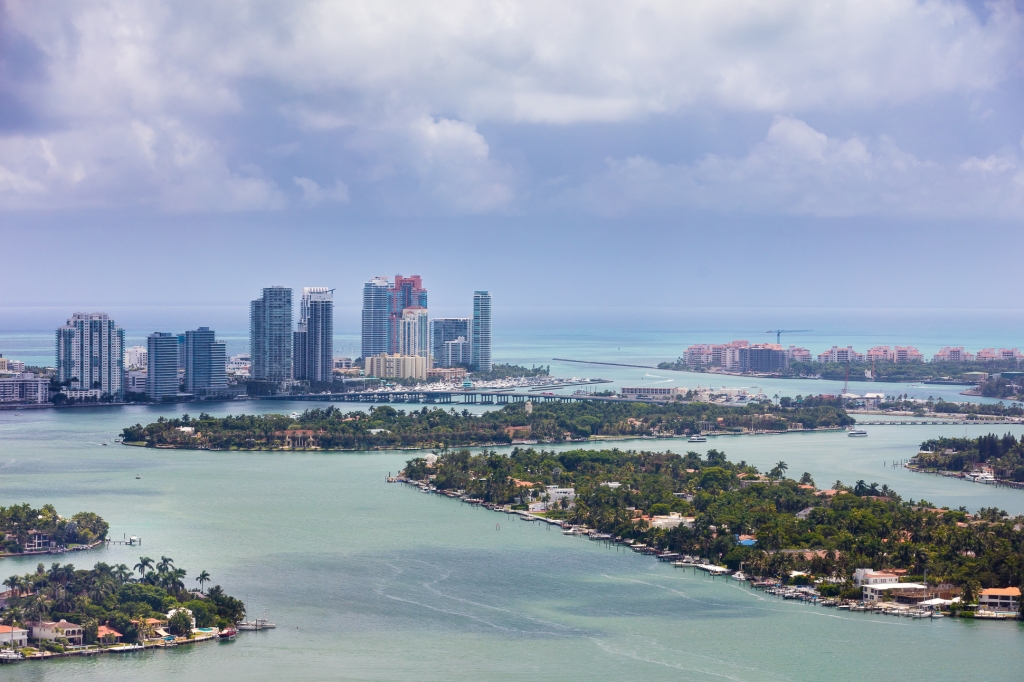 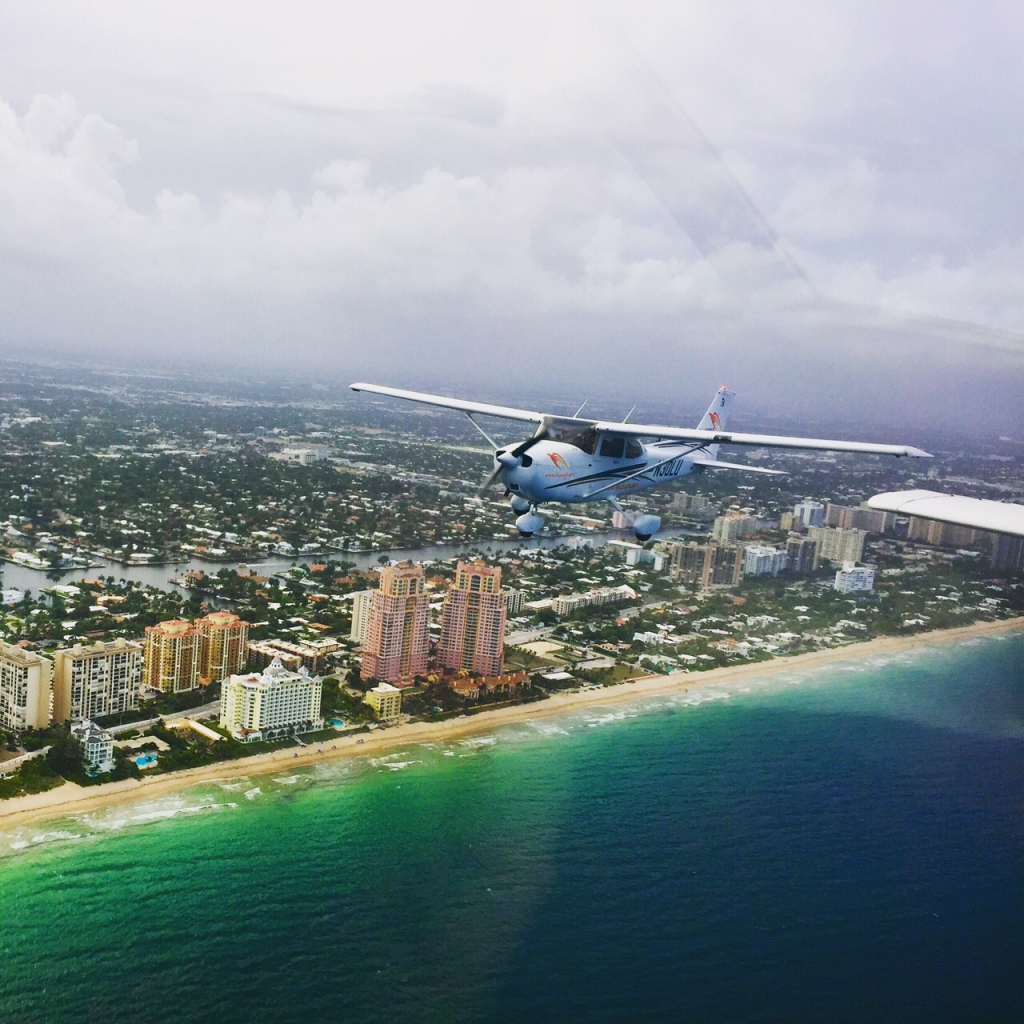 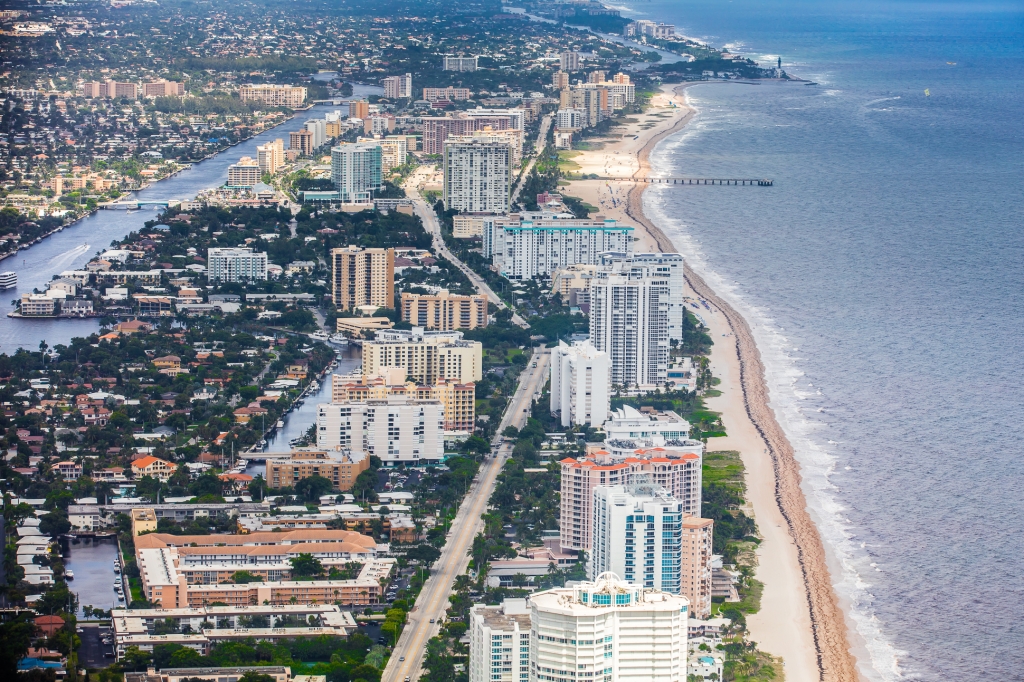 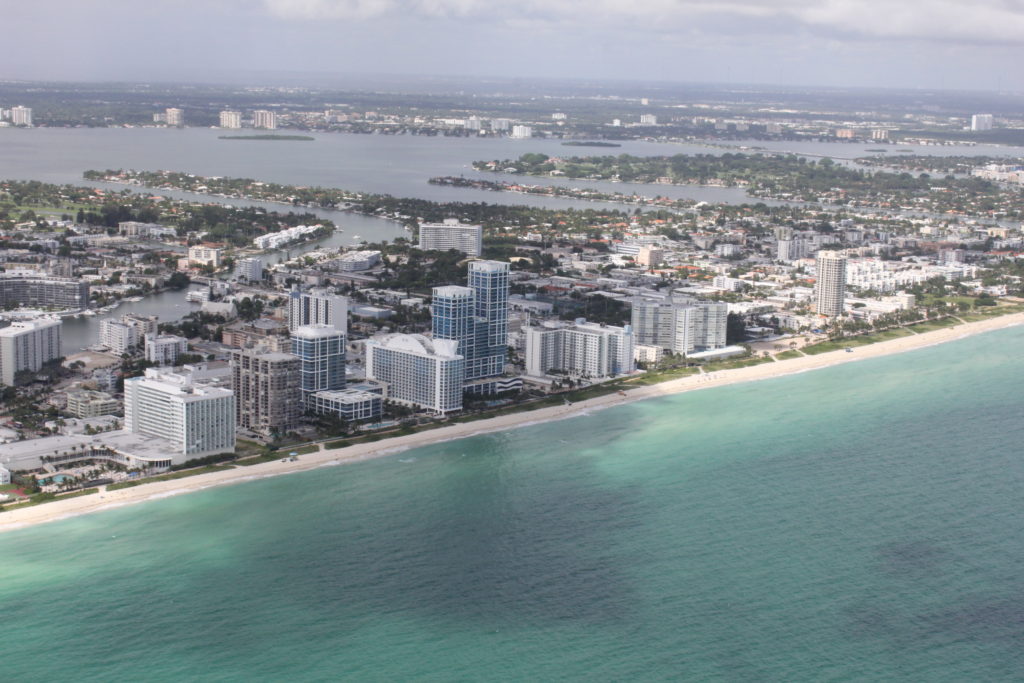 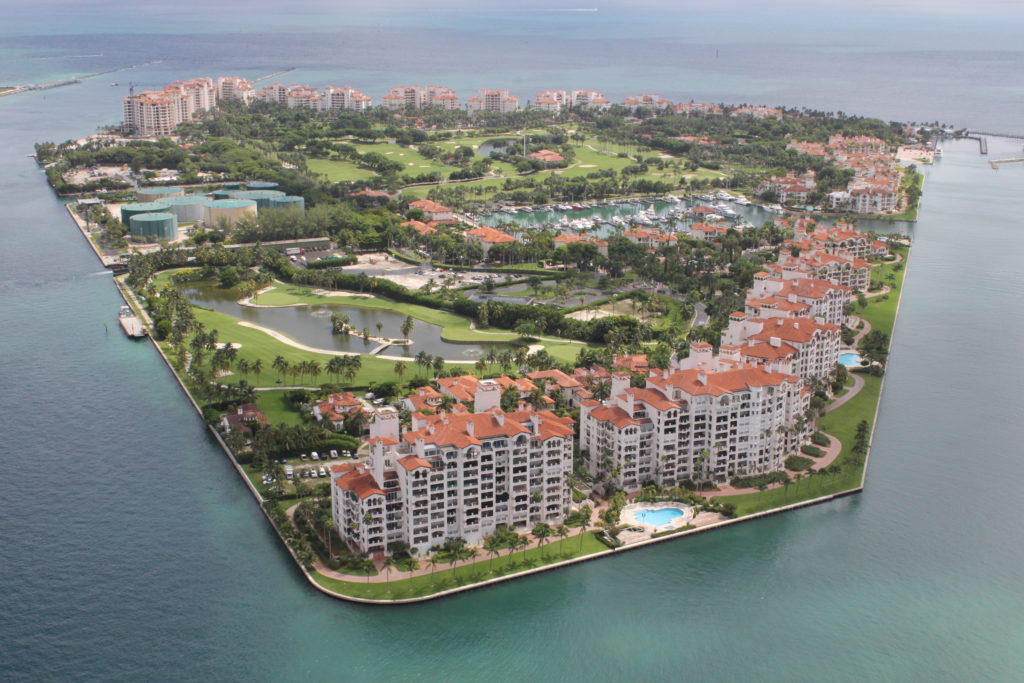 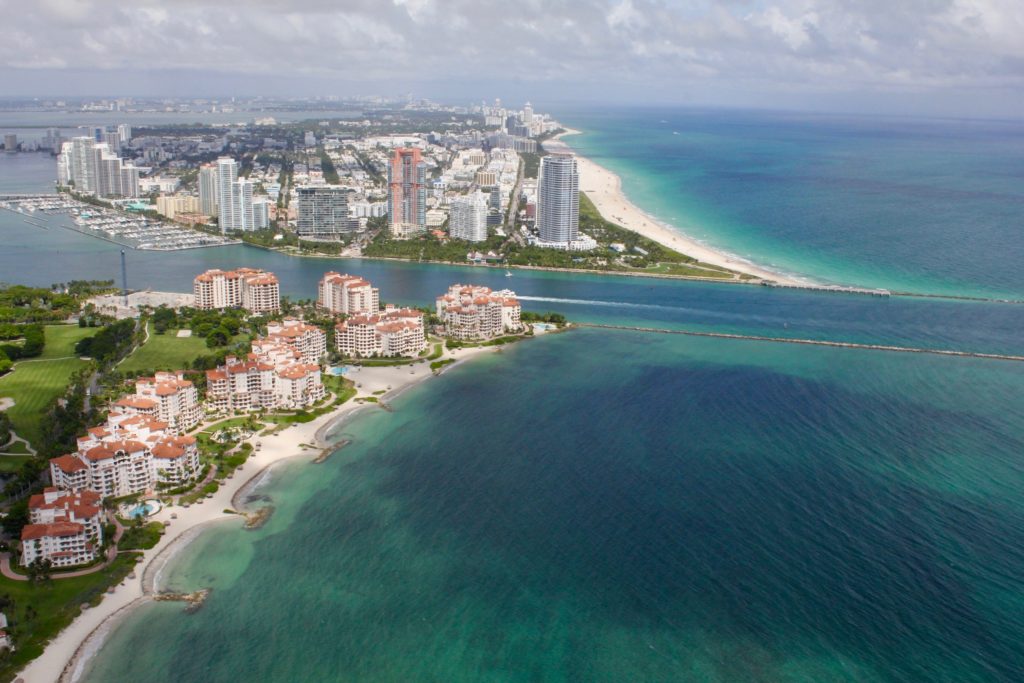 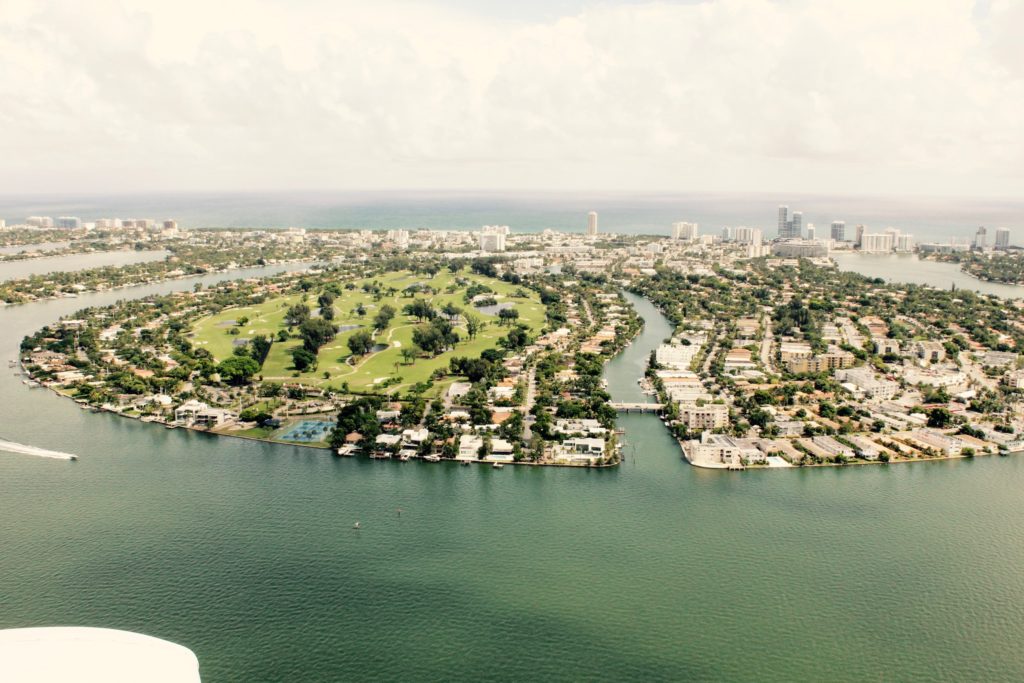